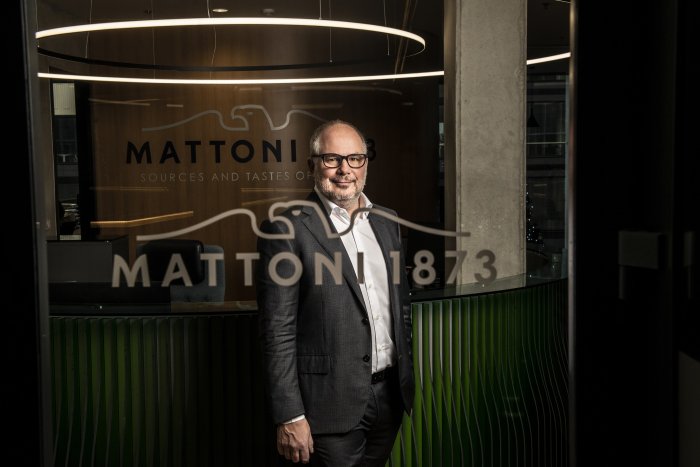 As the new NMWE president, he will focus on protecting and promoting the quality of natural mineral waters and will work to promote circularity in the beverage industry

Alessandro Pasquale, CEO and owner of Mattoni 1873, has been elected president of the Brussels-based Natural Mineral Waters Europe (NMWE). The association focuses on the protection and promotion of natural mineral and spring waters in Europe. In recent years, it has also placed increasing emphasis on sustainability according to the principles of the circular economy.

"Our industry must protect the valuable product we put on the table of Europeans. We will do this by protecting underground resources, promoting biodiversity and embracing the principles of the circular economy. Spring and mineral water production has a unique opportunity to become truly circular. We need to seize this opportunity, focus on implementing efficient and effective solutions without delay, and turn them into a comprehensive and functional system," says Alessandro Pasquale, adding: "This must include priority access to our recycled bottles in order to close the material loop locally."

Alessandro Pasquale represents the second generation at the head of the family business. From a single mineral water bottling plant in Kyselka near Karlovy Vary, the company has gradually grown into a Central European leader in soft drinks. Alessandro took over the management of the company from his father in 2007 and expanded the family business from the Czech Republic to eight European countries, where it produces in 11 plants and employs 3,200 people.

Alessandro Pasquale has been striving for sustainability and the implementation of circularity principles not only in his own company but in the entire beverage industry for a long time. In the Czech Republic, Mattoni 1873 co-founded the Zálohujme.cz initiative four years ago, which promotes the introduction of a universal circular deposit system for PET beverage bottles and cans. Mattoni 1873's efforts to circularise the beverage industry were crowned with success in Slovakia this January, when the country introduced a flat-rate deposit system and the Slovak beverage industry began to close the circular material loop.

Another priority for Alessandro Pasquale in the Czech Republic and other European countries is biodiversity. Mattoni 1873 has just introduced a new project with the Czech Union of Nature Conservationists aimed at increasing species diversity around its production plants. Named in honour of the great-grandson of the original founder, Rudi Mattoni's Butterfly Meadows, the project focuses specifically on butterflies.