„Unpack it“ and support your favourite restaurant 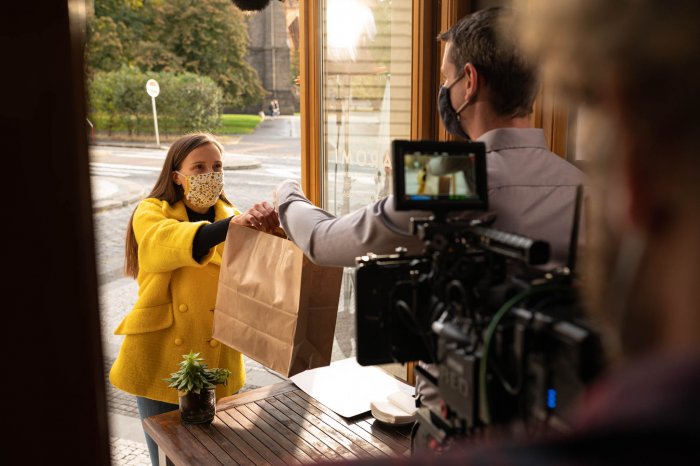 The “Rozbalte to” (Unpack it) campaign will aid restaurants affected by pandemic restrictions. The campaign is appealing to people to order meals from their favorite places, “take them away” and enjoy at home. The project, initiated by Mattoni, is a joint effort with TV Nova, under the auspices of the Ministry of Industry and Trade.

Due to the coronavirus restrictions, only roughly a half of Czech restaurants are currently open, compared with summer. The food is handed to the customers through take-away windows, while their revenues fell by 75% since summer*. Many restaurants were already forced to make staff redundant, leaving them hunting for temporary jobs.

“Mattoni is an integral part of Czech gastronomy, which is why we want to give back to the industry during these difficult times. Instead of a planned mineral water television campaign, we’ve launched one in support of all restaurants delivering food or doing take-away, for which we’re using the entirety of the original campaign’s airtime. This way, we can remind people to support their favorite restaurants by ordering take-away,” says Alessandro Pasquale, the CEO of Mattoni 1873.

“The ‘Unpack It’ initiative is an appeal for everyone to go and support their favorite places to eat, even when on-site dining is not an option. We all still love a good meal and want to experience food not cooked by ourselves, so why not make it a nice “restaurant-like” stay-in night and perhaps even put on your favorite TV show,” explains Hana deGoeij, a corporate and innovation consultant for TV Nova. “The initiative also fits in with the concept of TV Nova’s Nastartujme Česko (Let’s Kick-Start the Country), which has been launched this spring and which aims to provide space for initiatives trying to keep our economy alive,” she adds.

The campaign begins on November 4th on TV Nova and Tn.cz. The protagonists are real representatives of five actual restaurants that are delivering their food or providing a take-away service. The spots were shot in Prague, Poděbrady, Kladno and Mladá Boleslav; the cuisine ranged from modern to traditional, also included was a pizzeria or an Italian restaurant.

The campaign, created in a record two weeks time and supported by Nova, makes use of the airtime originally purchased for Mattoni’s own product advertising. There will be related social media activity, as well as a website, www.rozbalteto.cz, where new restaurants that have decided not to “pack it in”, despite the difficult situation, will be periodically added.

“Everyone has their favorite pubs or restaurants they wouldn’t like to see go out of business. I have decided to help all colleagues, friends, acquaintances and everyone else in the world of gastronomy by taking part. I’m glad the “Rozbalte to” campaign is there for every restaurant in the country that hasn’t packed it in just yet. Let’s help them get through these turbulent times,” says Roman Vaněk, the founder of the Prague Culinary Institute, whose cooking classes have been bringing the culinary art of experts and the country’s finest chefs to the general public for the past twelve years.

You may think we have packed it in. And you’re right. We are packing it. So you can unpack your take-away at home. Unpack it and support your favorite restaurant.